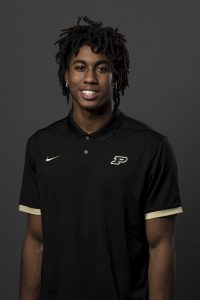 For the season, Ivey is averaging 8.8 points, 3.1 rebounds and 1.7 assists per game in 19.8 minutes per contest. He has scored in double-figures in five of his last seven games and ranks third among all Big Ten freshmen in scoring behind Michigan’s Hunter Dickinson (15.1 PPG) and teammate Brandon Newman (9.7 PPG).

Ivey was also named Freshman of the Week on Jan. 25.

Purdue freshmen have been named Freshman of the Week in six of a possible 11 weeks to date, including four straight weeks.

The No. 24-ranked Boilermakers will travel to Minnesota on Thursday.