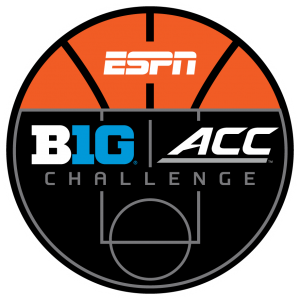 The meeting with the Seminoles marks the third time in the last four years that the two teams will face off against each other. In the 2018 Challenge event, Florida State edged the Boilermakers 73-72 in Tallahassee. Two years ago, Florida State defeated Purdue 63-60 in overtime in the title game of the Emerald Coast Challenge.

Florida State leads the series with Purdue by a 4-0 advantage, including a 2-0 lead in the Big Ten / ACC Challenge. The Seminoles also defeated Purdue in the 2005 event. This will be the first game in series history played in Mackey Arena.

This will be the third matchup between the two teams in the Challenge, equaling the most for Purdue against a single opponent in the Challenge (North Carolina State, Clemson, Florida State).

Florida State posted an 18-7 overall record a year ago, reaching the Sweet 16 (or beyond) for the third straight season. The Seminoles finished second in the ACC regular-season standings, two games behind Virginia in the win column and are ranked in the top 20 in every preseason “way too early” top-25 polls.

Purdue owns the Big Ten’s best record in the Big Ten / ACC Challenge with an 11-9 record. Florida State is 10-12 all-time in the event, but has won four of its last five games.

Ticket renewals and the ability to be placed on the season ticket wait list are now available on PurdueSports.com, as well as by calling the Hayes Family Athletic Ticket Office at 800.49SPORT.

The Terrapins are 32-10 all-time against the Hokies, including six consecutive wins in the series. This marks the first matchup between the schools since Maryland’s final season in the ACC in 2013-14.

Both teams are projected to be in the top-25 this season, as Maryland is ranked 12th and Virginia Tech is ranked 16th in ESPN’s early top-25 rankings.

COLUMBUS, Ohio – Ohio State is set to host ACC-power Duke on Nov. 30 as part of the 2021 Big Ten/ACC Men’s Basketball Challenge. The entire challenge will be televised on the ESPN family of networks and tip-times will be announced at a later date.

This will be the fourth meeting between the two storied programs in the Big Ten/ACC Men’s Basketball Challenge. Duke won the first meeting in 2002 in Greensboro, N.C., which was the Buckeyes’ first appearance in the annual event. The teams then split the meetings in 2011 and 2012, with each team winning on its home court.

Overall, this will be Ohio State’s 20th appearance in the Big Ten/ACC Men’s Basketball Challenge, which began in 1999. The Buckeyes are 8-11 all-time and have won their matchup each of the last two seasons. OSU trounced another ACC blue-blood North Carolina 74-49 in Chapel Hill in 2019 and then took down Notre Dame 90-85 in South Bend last season. See below for the full listing of Ohio State’s games in the challenge.

Ohio State and Duke will be playing for the eighth time overall. Duke leads the series 4-3 and won the most recent meeting, 73-68, in Durham in 2012. The Buckeyes lost at home to the Blue Devils in 1964 and then won the only other meeting at the Schottenstein Center, 85-63, in a No. 2 vs. No. 3 matchup in 2011. In six of the previous seven meetings, one, if not both, of the teams have been ranked in the Top 10.

Ohio State head coach Chris Holtmann, who is in his fifth season with the Buckeyes, will be facing Duke and Hall of Fame head coach Mike Krzyzewski for the first time in his career. Krzyzewski has announced that this will be his final season on the sidelines with the Blue Devils.

The rest of Ohio State’s non-conference schedule will be announced later this summer.

IOWA CITY, Iowa — The University of Iowa men’s basketball team will play at Virginia on Monday, Nov. 29, as part of the 2021 Big Ten/ACC Challenge.

Game times and television information will be announced at a later date. ESPN, ESPN2, and ESPNU will combine to televise all 14 games of the three-day event matching top college basketball programs playing for conference supremacy and the Commissioners Cup. The Big Ten won last season’s Challenge, 7-5.

This will be the fourth overall meeting between the two programs and first time Iowa will play Virginia in the 22 years of the event. The Hawkeyes won the first two meetings against the Cavaliers: 73-60 in the 1997 NCAA Tournament First Round in Salt Lake City and 75-64 in the 2013 NIT Quarterfinals in Charlottesville, Virginia. The Cavaliers topped Iowa in the last meeting at the 2016 Emerald Coast Classic in Niceville, Florida.

Iowa registered a 22-9 overall record and finished third in the Big Ten Conference with a 14-6 mark a year ago. The Hawkeyes, who advanced to the second round of the 2021 NCAA Tournament, led the NCAA in assists per game (19.2) and assist-to-turnover ratio (2.02), and ranked fifth in scoring offense (83.7). Its assist-to-turnover ratio established a new NCAA single-season record, while its scoring average was the program’s highest in 32 years. The Hawkeyes return multiple upperclassmen and a number of players with starting experience.

Head Coach Tony Bennett guided Virginia to an 18-7 overall record and its 10th Atlantic Coast Conference regular-season title with a 13-4 league mark. The Cavaliers advanced to the ACC Tournament Semifinals and earned its seventh consecutive NCAA Tournament appearance, falling to Ohio University in the first round as a No. 4 seed. The Cavaliers lose the top three scorers from a year ago in redshirt seniors Sam Hauser (16.0) and Jay Huff (13.0) and Trey Murphy III (11.3), who decided to forgo his remaining eligibility and enter the 2021 NBA Draft. Starting guards Kihei Clark and Reece Beekman averaged 9.5 points and 4.7 points, respectively, last season.

In addition to Virginia, the Hawkeyes are scheduled to face Utah State on Dec. 18, in Sioux Falls, South Dakota. Iowa’s remaining 2021-22 schedule will be announced at a later date.

The 2021 Challenge schedule is listed below:

Tip times and network designations will be announced at a later date. ESPN, ESPN2 and ESPNU will combine to televise all 14 games of the event, with all contests also available to stream via the ESPN App.

Penn State is 3-0 all-time against Miami with the last meeting coming in the first round of the 1995 NIT. Trailing 48-28 with 14:07 left, Penn State outscored the Hurricanes 34-8 the rest of the way to capture the first-round victory that eventually propelled PSU into the NIT Semifinals. The Nittany Lions are 2-0 against the Hurricanes when playing in Happy Valley. Penn State and Miami have never met in the Big Ten/ACC Challenge.

Penn State is 11-9 all-time in B1G/ACC Men’s Basketball Challenge matchups. The Nittany Lions have won three-straight B1G/ACC Challenge games and six of their last seven. Penn State defeated 15th-ranked Virginia Tech 77-55 on the road in last season’s matchup on Dec. 8, 2020. The Big Ten has won the challenge in each of the last two seasons (2020, 2019) after the two conferences split 7-7 in 2018.