Racers Win in Indy in Overtime

If it wasn’t enough, after St. Peter’s went overtime against Kentucky and derailed one of the NCAA Men’s favorites for the 2022 crown, the Racers and Don’s went the distance and then some more, before the Racers, how appropriate; win in Indianapolis. 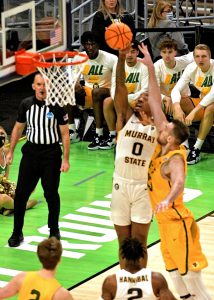 In simply, a fast-paced game that was loaded with intense defense and players streaking down the paint, the game was decided by a flurry of three pointers and then drives down the paint by impressive guards on both sides. 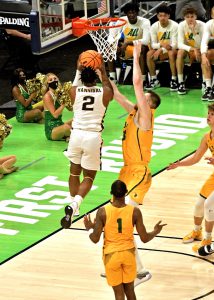 The Dons gave no quarter as the game was a first-round classic and will be talked about for quite some time.

Seaside, California, graduate student Jamaree Bouyea was simply brilliant all through the game, in fact, at the end of the game, he sat on the floor and Racer players were coming over and hugging him and shaking his hand, he made that kind of effort in Indianapolis. 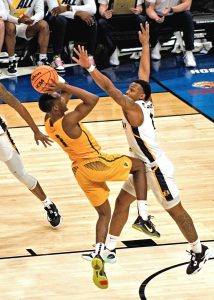 Bouyea led all scorers with 39 points on 13 of 26 field goals and contributed three assists himself. 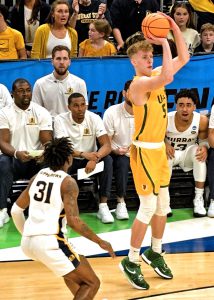 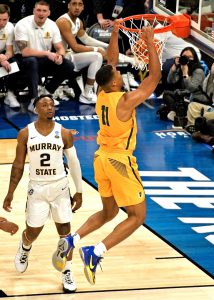