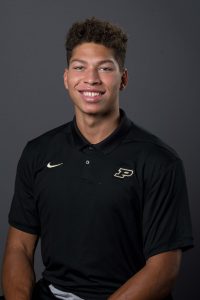 WEST LAFAYETTE, Ind. – After helping Purdue to a pair of victories over No. 20-ranked Ohio State and Notre Dame, Mason Gillis has been named the Big Ten Freshman of the Week, the league office announced Monday.

During the week, Gillis went 7-of-7 from the field, 2-of-2 from long range and 2-of-2 from the free throw line. He has made 10 straight field goal attempts spanning four games.

Gillis and the Boilermakers will travel to No. 4-ranked Iowa on Tuesday night and host Maryland on Christmas Day.