TERRE HAUTE, Ind. – Indiana State and Loyola Chicago locked in a physical battle in the second game of the rescheduled Missouri Valley Conference showdown Monday, Jan. 11, with the Ramblers ultimately topping the Sycamores 58-48 in the Hulman Center. 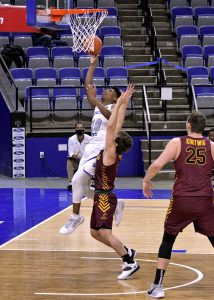 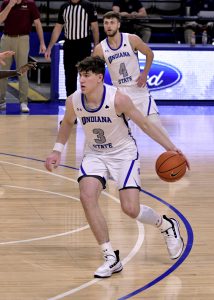 Loyola was led by Camron Krutwig, who led a balanced scoring attack with 16 points. Nine Ramblers found the scoring column in total, with four others contributing six-or-more points.

After the offensive outburst in the first game of the series, defense was the story of the second. On top of 41 fewer total points being scored in the game, both teams shot worse overall from the floor. After a 44 percent (22-of-50) showing in game one, Indiana State managed just 36 percent (16-of-45) from the floor in game two. 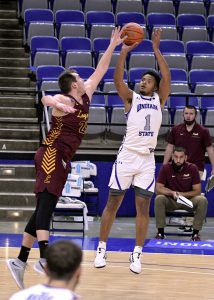 Indiana State hits the road for a weekend series against Illinois State, scheduled for Saturday and Sunday, Jan. 16-17. Both games are scheduled to begin at 4 p.m. 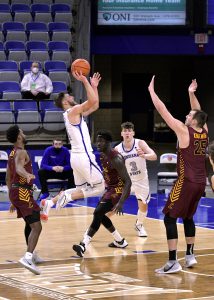